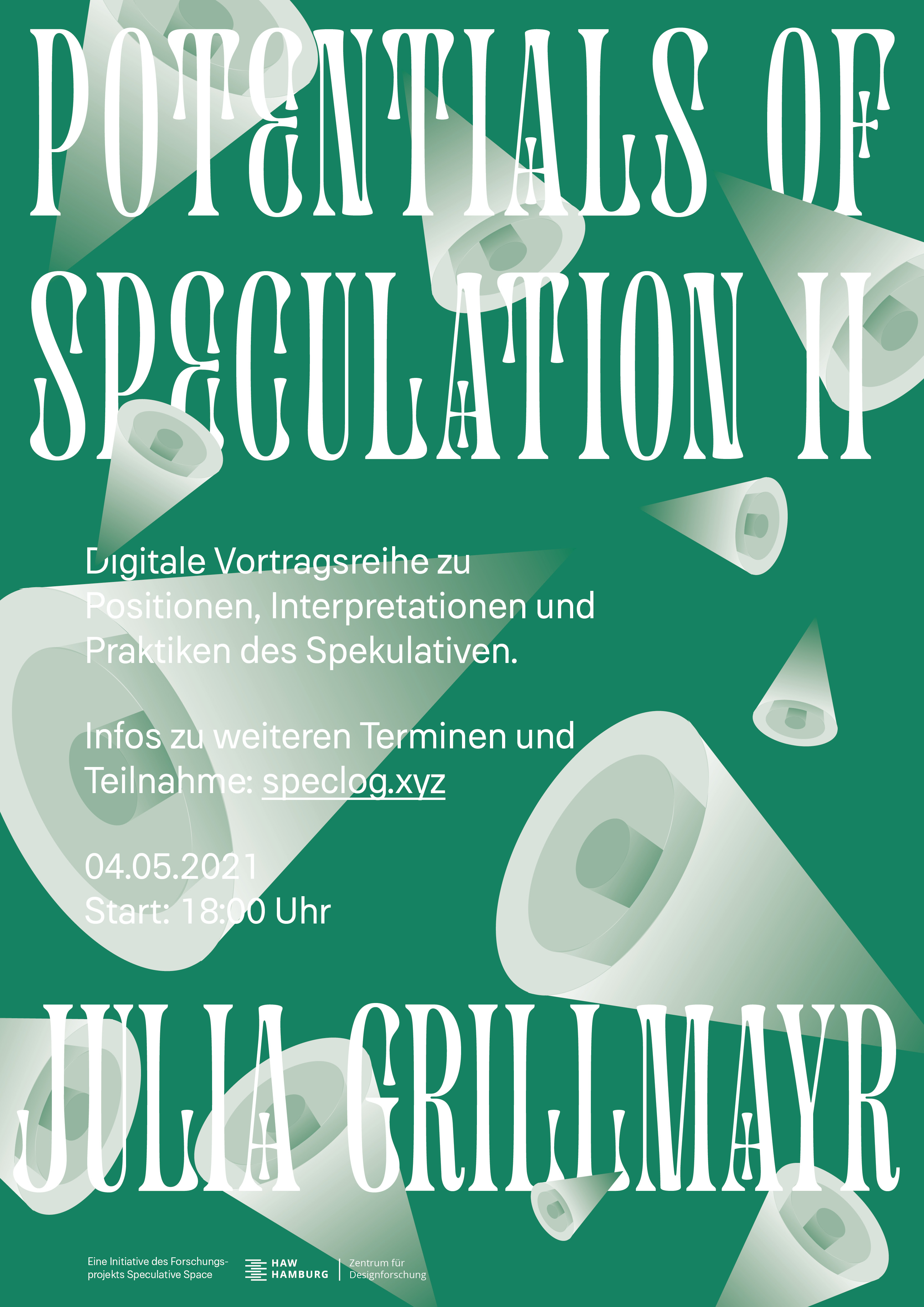 Flyer: Julia Grillmayr @ Potentials of Speculation II
+
This talk will be held in English ! +

Abstract:
When we think about ‘speculation as a tool‘, what often comes to mind are futurists who write, compare and interpret scenarios. In the world of business, politics or the military, these scenarios are often pared with probability calculations and statistics. In the context of education and community organization, these scenarios can take a more informal and creative form. With increasing frequency, Speculative Literature, especially Science Fiction (SF), is similarly presented ‘as a tool’ to think about possible futures. The genre is discussed as the “realism of our time” (Kim Stanley Robinson) and as “a tool for thinking about and intervening in the world” (Sherryl Vint).
In this lecture, I will outline the current trend of Science-fictional scenario thinking and conversely, how a certain futurological aspiration also structures the field of contemporary Speculative Literature.
As a cultural studies scholar and SF fan whose research is focused on the question of ‘what speculation can do’, but who is also wary of a simple instrumentalization of fiction and the omnipresence of ‘tool’ thinking, I propose to look at the contemporary scenario projects and SF literature from the perspective of (eco)feminist fabulation. Since its beginning in the 1970s, ecofeminism has claimed storytelling as a form of theory and conceptual thinking. Seen through the lens of this tradition, instead of taking the scenario methods of cold war cybernetics as a starting point, a different understanding of these current forms of speculative writing comes to the fore. Speculation, here, means first and foremost to create “more capacious epistemologies” (Stacy Alaimo), in order to find “ways to create a world other than the one we’re in while keeping our feet in the mud” (Alexis Shotwell with a wink at Donna Haraway), or, as aptly summarized by Maria Puig de la Bellacasa: “Reconnecting a politics of commitment and of ethical obligation with an ontology of more-than-human-worlds without falling back into classic humanist categories of thought requires a speculative effort.” + 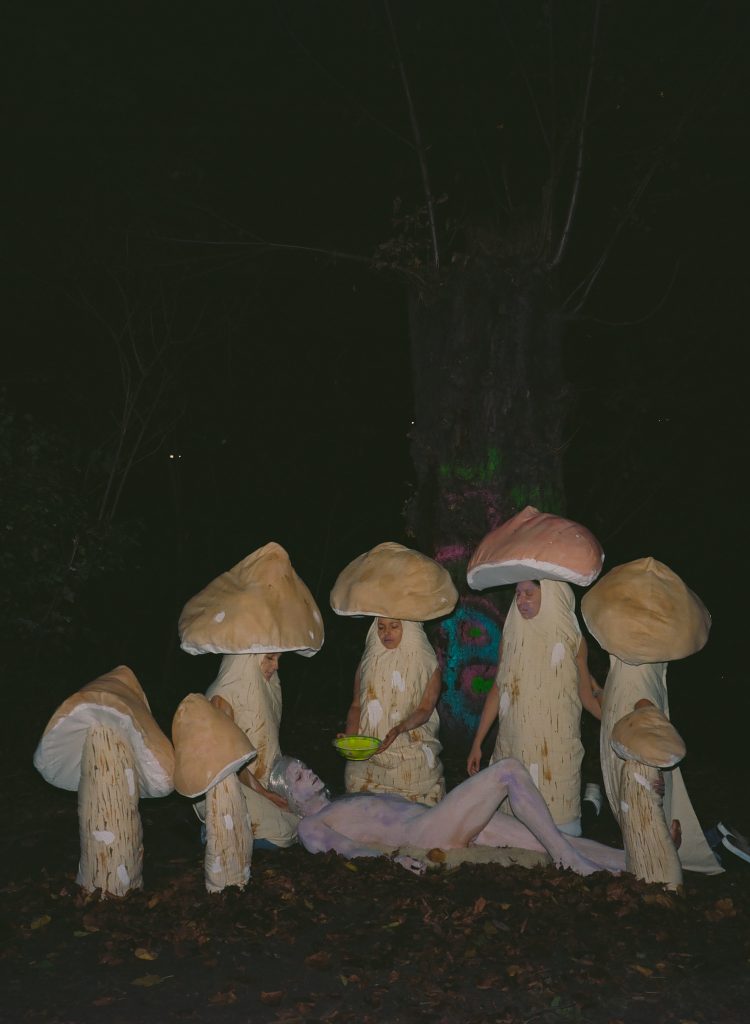 Bio:
Julia Grillmayr (*1987) is a Vienna- and Linz-based cultural studies scholar, journalist, radio maker and science communicator. She holds a PhD in Comparative Literature from the University of Vienna and is currently working on her first Post Doc project
„Science Fiction, Fact & Forecast“ at the University of Art and Design Linz. The rest of the time, she spends in muddy danubian wetlands and in tap shoes.
+
←→
+
Related links:
https://juliagrillmayr.cargo.site

The talk is part of the digital lecture series Potentials of Speculation +
Zoom Link: https://haw-hamburg.zoom.us/my/potentialspeculation +